The apartment, named Muster with a double bed, covers 40m2 and a terrace of 15m2 offers accommodation for four persons (2 + 2). It is located on the first floor and has a separate entrance. Categorization of high 4 stars.

Air conditioning, heating, cooling and sojourn tax are included in the final price.

Changing linen is done once a week along with towels as needed.

The benedictine monastery and church is one of the most scenic and most noticeable monasteries on the island because of its prominent position and construction assembly. Even today it is called Muster which means monastery, although it was left by the Benedictines in the 15th century. It is believed that today's monastery and church was built on the existing pre-Romanesque church in the 13th century. From that time until the 18th century the building circuit was often expanded and modified. Today's bell tower used to be a defensive tower, which is one of the oldest in Dalmatia. 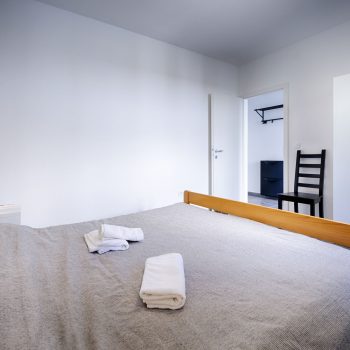 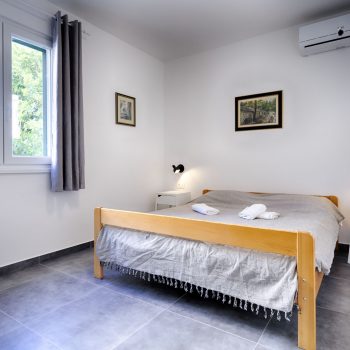 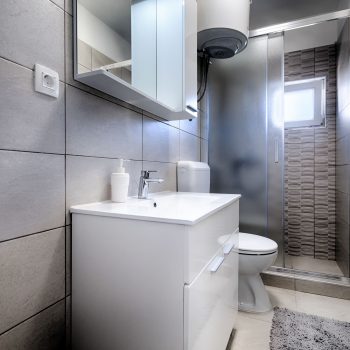 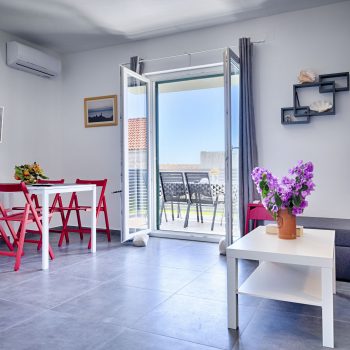 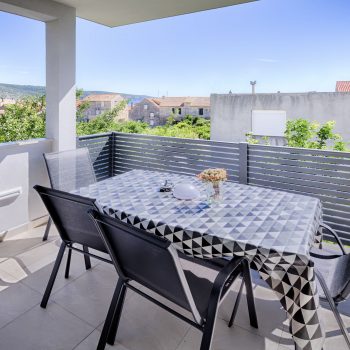 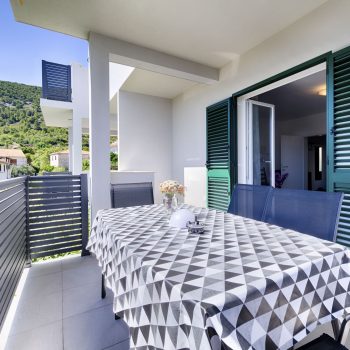 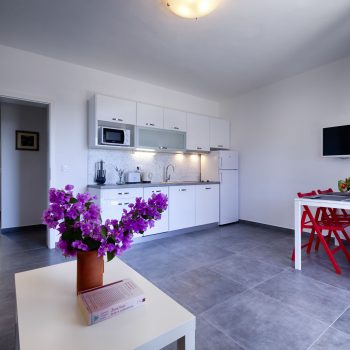 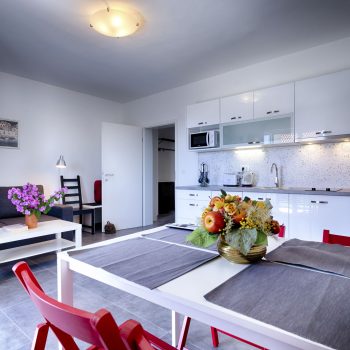 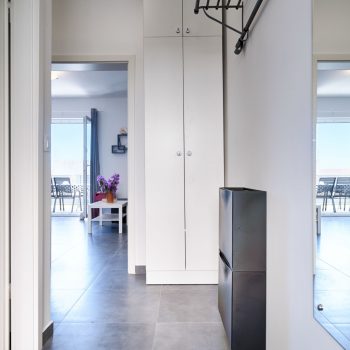 Vis offers peace and quiet, the sunset and the glitter of stars and winds that tell you untold stories.

If you want tranquility, nature, fish, wine and a peaceful holiday come to Komiža in the preseason in May and June and in the postseason in September and October. 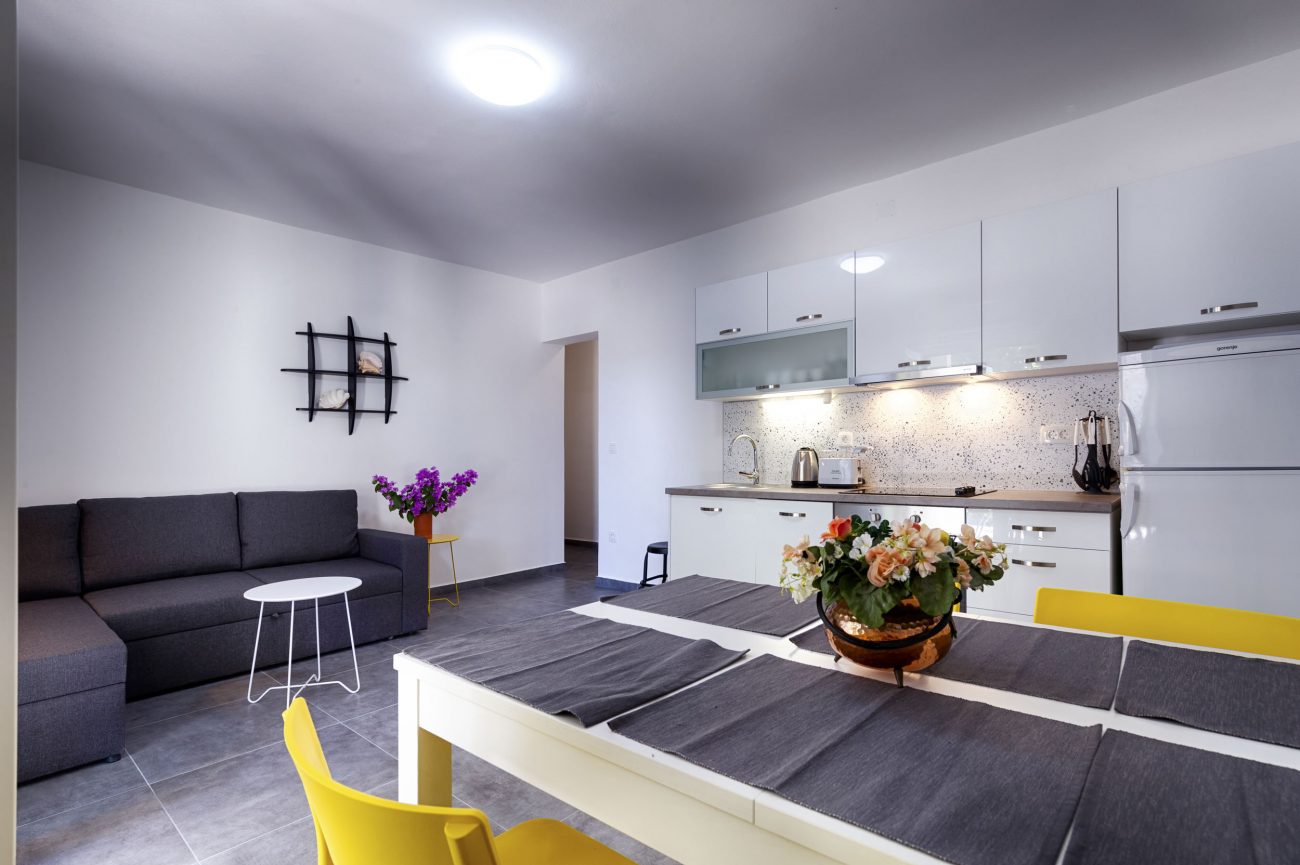 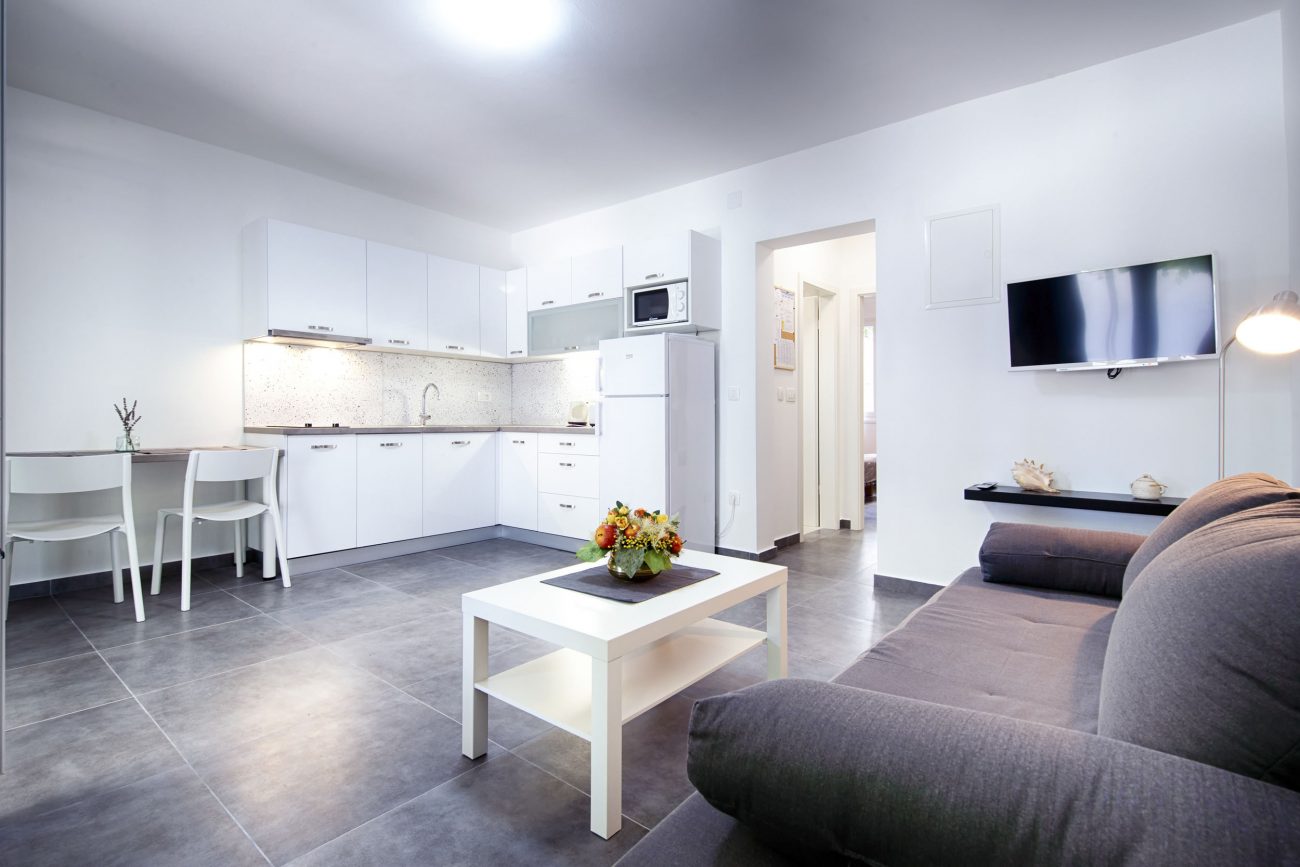 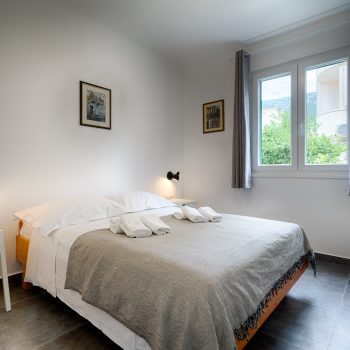 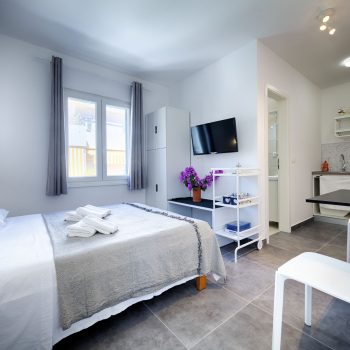 "Komiža is like an embrace," said the writer Ranko Marinković.

As if the town slid from the mountain into the bay and pleasantly situated itself across from the silent island of Biševo, Komiža's urban structure indeed looks like a hug. But it's not only it's structure that embraces you here.

Hugs come from green-blue shutters, and the silence that keeps the boats afloat. You can smell them in the scent of immortelles and ripe figs, carobs that lower their branches to invite you to try their fruits. The dusk embraces you while you bathe among the shiny planktons that reflect the shooting stars. Hugs are played through the symphony of the orchestra of crickets that sing from pine trees in the rhythm of the waves.

Until you step on every beach, until you place the palm of your hand on each house, you will not know how many hugs Komiža hides. And even then, behind each corner a new embrace will be shining like a pearl.

Because in Komiža hugs are continuosly being born and spilt into each new moment, into each of the five senses of the observer.